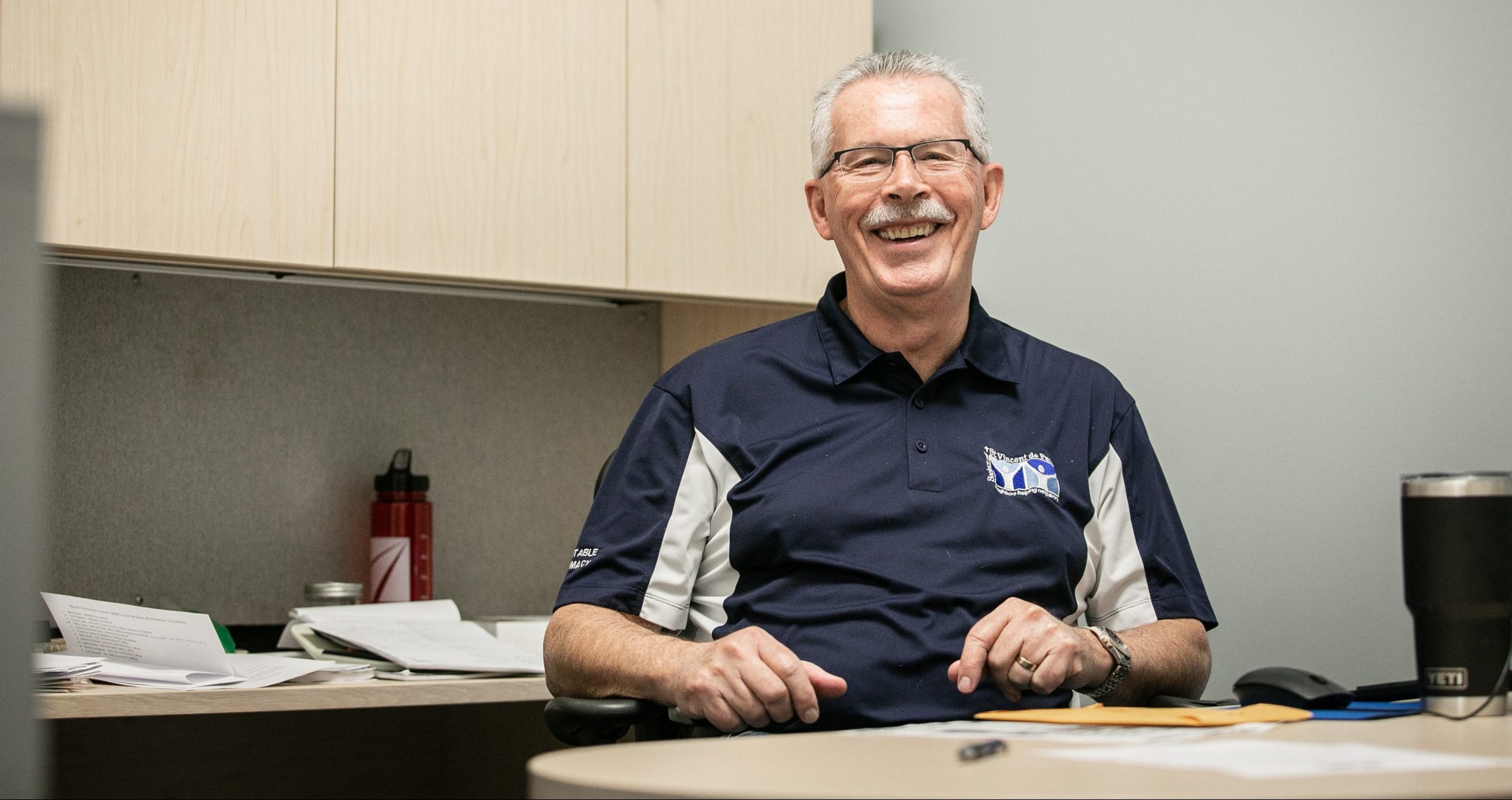 For the past 46 years, Mike Espel has provided pharmaceutical care to the underserved of Southwest Ohio. After graduating from the University of Cincinnati College of Pharmacy in 1974, Mike served as a pharmacist and eventual Pharmacy Director for the Cincinnati Health Department for 32 years. St. Vincent de Paul (SVDP) launched the Charitable Pharmacy in 2006, and Mike became the founding Pharmacy Director. The SVDP Charitable Pharmacy is dedicated to providing free pharmaceutical care to neighbors who otherwise could not afford their life-saving medications and helping its patients achieve strong health outcomes. The Charitable Pharmacy is the only stand-alone pharmacy in southwest Ohio that provides prescription medication at no charge.

Under Mike’s leadership, the Charitable Pharmacy has dispensed over 576,000 prescriptions valued at $75 million at no charge, innovated clinical programs that improve health outcomes and prevent healthcare costs, and trained over 500 pharmacists to provide underserved, outcomes-based pharmaceutical care. For his leadership, innovation and passion-driven work, Mike Espel has been recognized as a Health Care Hero by the Cincinnati Business Courier and as Ohio’s Community Connector by HealthPath.
This spring, Mike will retire after serving 15 years as the Director of the SVDP Charitable Pharmacy.

Primary Care at the Charitable Pharmacy

As a response to the pandemic, Mike advocated for the Charitable Pharmacy to contract with a nurse practitioner in March 2020 to provide primary care to patients without access to a medical provider. Mike’s vision quickly became a reality and the nurse practitioner facilitated 528 telehealth appointments with Charitable Pharmacy patients from April – December 2020. Now Mike’s innovative vision will become part of his legacy. Thanks to Mike’s leadership and innovation, the Charitable Pharmacy is now prepared to sustain a full-time primary care provider on site to offer comprehensive health services for vulnerable patients.

Mike’s retirement celebration will not only honor his inspiring career, but also raise funds to strengthen this critical initiative. All donations made in honor of Mike’s 46-year commitment to pharmaceutical care for the underserved will support the sustained presence of primary care at the Charitable Pharmacy. SVDP estimates that this program expansion will cost approximately $150,000 each year, which will include a full-time nurse practitioner, lab fees and referral expenses, technology, and medical supplies. Offering primary care within the Charitable Pharmacy will not only strengthen our community’s safety net but also, more importantly, improve the health and wellbeing of neighbors in need throughout the region.

MAKE A GIFT IN HONOR OF MIKE

Mike’s retirement will be recognized with a special video,
along with an opportunity to share a congratulatory message.

RSVP HERE FOR THE VIRTUAL CELEBRATION