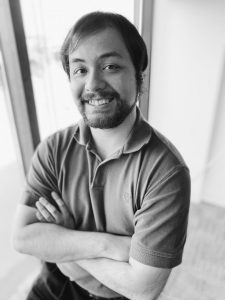 Our mission, here at the Society of St. Vincent de Paul, is to build a more just world, relate to people in need, and to serve those needs.  Before that though, we are called to grow in holiness, closer to God.  We do this in meditations and prayer, but there are other societies that grow that way.  What makes SVDP unique, our charism, is that we do so in finding Christ in the neighbors we serve.

This Mission Moment comes from my interaction with a neighbor we recently helped, whose name I will give as Martha.

Martha’s story begins, as they all do, long before her call to SVDP.  As an only child and a single mother, she successfully juggled gainful employment with homeschooling her only daughter for seven years. Hers was already a story of strength and flexibility.

This particular chapter, as she told it first to the Call Center and then to me, began last year when, at the height of COVID-19, Martha’s parents expressed they both had cancer.  Neither of them had insurance.  Martha took FMLA leave so she could take care of them both.  Her mother passed away in late 2020, after a five-month battle with the cancer.

Martha had to pay all the funeral expenses, which depleted the savings she’d been using to cover for her leave.  She had to go back to work.  And so she did, keeping just above water, juggling bills while paying for her father’s treatment.  It was only this past month that the payments she’d arranged, combined with rising medical costs, finally meant she could no longer keep up.  She began searching for a second job to support these costs, but the situation had become dire, and it was at this point she reached out to us here.

I got parts of this story from Martha when I initially called her, and, combined with what was given to me by the Call Center, I was able to see the broad strokes.  Some of it I had to infer, and some of it I’ve changed or omitted to protect her privacy.

As we filled out the paperwork, more of the story came to light.  Little details that drew together the picture.  How she was saving money at the laundromat by washing and drying clothes by hand.  That she cut down on grocery bills using money-saving recipes her mother taught her.  It was a story of love, loss and strength in the face of everything life could throw at her.  She shared memories, of her mother’s life and her own, and I was drawn into this family’s narrative, and together we commiserated about life, we laughed, and we tried very hard not to cry.

Ultimately, we were not able to solve all of Martha’s problems.  Her father is still terminally ill.  She is still searching for that second job.  We were, however, able to relieve the pressure, and buy her time.  Martha is a strong soul, and I’m confident she will be able to use that time to find success and make it through.  At the end of our last call, she thanked me, not just for the financial assistance, but for helping her smile for the first time in weeks.

I’m certain that each one of you could have told me a similar story about one of our neighbors you’ve helped; stories like Martha’s, where we are able to see Christ struggling for love of others, carrying the weight of the world. They are part and parcel of our Society’s calling.  It is the same call given to Simon of Cyrene; to help lift that weight, however briefly, and to grow closer to God by so doing.